What is African Potato?

By: Down to Earth|Published on: Jul 27, 2016|Categories: Your Convenience, Your Health and Wellness| 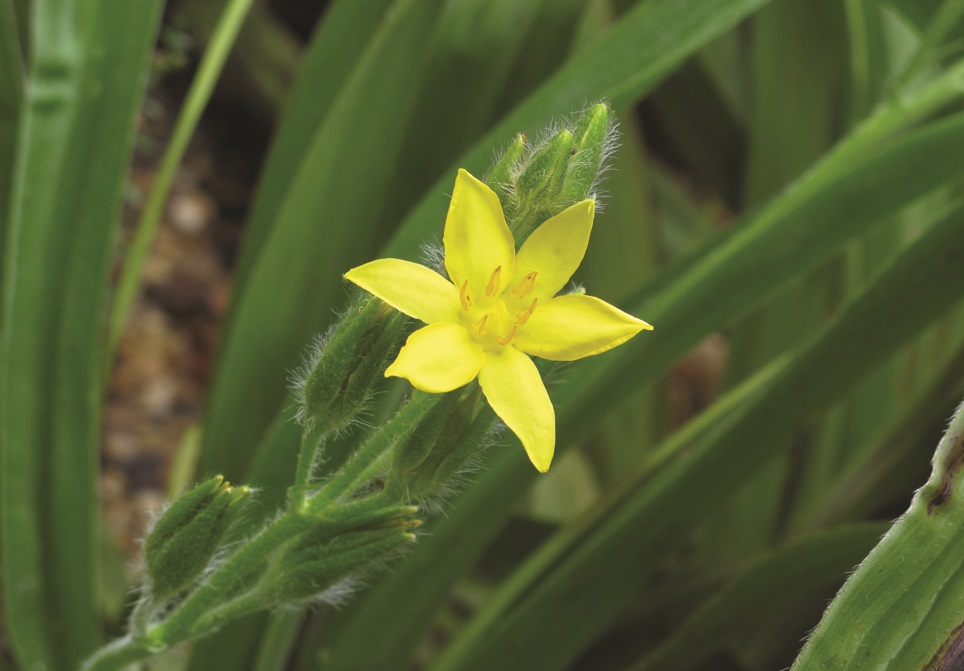 Sparked by the name of one of our products, the African Potato Cream, we are asked by many; what is African Potato? Not everyone is aware of its history and uses. We give you some insight into why we use the plant extract in our products and why we believe it is a star ingredient.

The African Potato, known as Hypoxis hemerocallidea or Hypoxis rooperi, is widespread in the summer rainfall regions of South Africa, especially in Kwazulu Natal. The indigenous plant is about 10 to 50cm tall, has bright yellow star shaped flowers and strap like leaves which are hairy all over. It is a geophytic herb and forms a compressed underground stem that looks like a potato, called a corm. The African Potato extract comes from the corm of the plant.

What it is made up of

African Potato extract is rich in plant sterols, which are abundant in plants, but are highly concentrated in the African Potato. Researchers have found that plant sterols greatly enhance the functioning of T-cells, which control and regulate the immune system, and possess potent anti-inflammatory properties similar to cortisone, but without the side-effects.

Hypoxoside, an active compound found in the African Potato, when converted to Rooperol, has shown to be a potent antioxidant which scavenges free-radicals and has an anti-ageing effect.

The African Potato has been used widely for centuries as a traditional medicine, or “muthi,” in the southern regions of Africa. It is known in KwaZulu Natal as “inkonfe” in isiZulu and is used for cardiac diseases, intestinal parasites, cancer, to boost the immune system, diabetes, testicular tumors, prostate hypertrophy, burns, ulcers and more.

The findings of studies show that the African Potato possesses antinociceptive, anti-inflammatory and antidiabetic properties and this supports the anecdotal, traditional uses in the management of painful inflammatory conditions, as well as in the control of type-2 diabetes. Furthermore, there is evidence of anti-bacterial and anti-fungal properties.

The Down to Earth African Potato Cream is a deep penetrating anti-inflammatory, antimicrobial and antioxidant-rich ointment that relieves:

The African Potato extract is also used in our Revive Moisturiser to help soothe and calm the skin, eliminating redness and puffiness caused by inflammation.

Sign up and be the first to find out about news, exclusive offers and practical tips to help you look and feel great.

We use cookies on our website to give you the most relevant experience by remembering your preferences and repeat visits. By clicking “Accept All”, you consent to the use of ALL the cookies. However, you may visit "Cookie Settings" to provide a controlled consent.
Cookie SettingsAccept All
Manage consent

This website uses cookies to improve your experience while you navigate through the website. Out of these, the cookies that are categorized as necessary are stored on your browser as they are essential for the working of basic functionalities of the website. We also use third-party cookies that help us analyze and understand how you use this website. These cookies will be stored in your browser only with your consent. You also have the option to opt-out of these cookies. But opting out of some of these cookies may affect your browsing experience.
Necessary Always Enabled
Necessary cookies are absolutely essential for the website to function properly. These cookies ensure basic functionalities and security features of the website, anonymously.
Functional
Functional cookies help to perform certain functionalities like sharing the content of the website on social media platforms, collect feedbacks, and other third-party features.
Performance
Performance cookies are used to understand and analyze the key performance indexes of the website which helps in delivering a better user experience for the visitors.
Analytics
Analytical cookies are used to understand how visitors interact with the website. These cookies help provide information on metrics the number of visitors, bounce rate, traffic source, etc.
Advertisement
Advertisement cookies are used to provide visitors with relevant ads and marketing campaigns. These cookies track visitors across websites and collect information to provide customized ads.
Others
Other uncategorized cookies are those that are being analyzed and have not been classified into a category as yet.
SAVE & ACCEPT