I was admitted to hospital for stends. All went well until three weeks after I got home. My leg started aching and then I noticed a sore on the inside of my calf. The sore became bigger and finally burst. My doctor immediately sent me for a sonar as he was concerned that a clot may have developed. It turned out to be a virus and I had to go to the hospital twice a week for treatment. Time passed and I was readmitted to hospital for a skin graft which wasn’t successful. Once again I had to visit the hospital twice weekly for dressings. Getting to the hospital was a problem and the treatment also made a huge dent in my medical aid. The wound still hadn’t healed after 14 months. I had heard about African Potato Cream and contacted an agent in Pretoria. She came to my home twice a week to clean the wound and apply Clear Skin Gel and African Potato Cream. I was also suffering from backache and she offered to massage my back with African Potato Cream. I was sceptical, but was amazed when the backache went away within two weeks. We are now into our third month and there is a remarkable improvement. The wound is much smaller and well on its way to healing. I wish I could tell the whole world about this cream, because I am sure there are many people out there who pay for expensive treatments that aren’t really effective in the end. I would like to take this opportunity to thank Down to Earth for these wonderful products and the relief they bring. 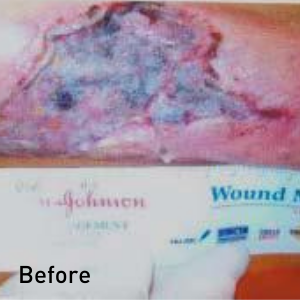 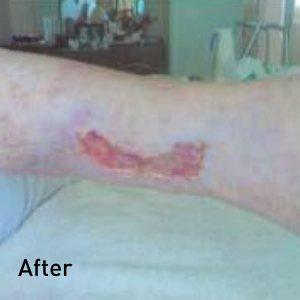 Sign up and be the first to find out about news, exclusive offers and practical tips to help you look and feel great.

We use cookies on our website to give you the most relevant experience by remembering your preferences and repeat visits. By clicking “Accept All”, you consent to the use of ALL the cookies. However, you may visit "Cookie Settings" to provide a controlled consent.
Cookie SettingsAccept All
Manage consent

This website uses cookies to improve your experience while you navigate through the website. Out of these, the cookies that are categorized as necessary are stored on your browser as they are essential for the working of basic functionalities of the website. We also use third-party cookies that help us analyze and understand how you use this website. These cookies will be stored in your browser only with your consent. You also have the option to opt-out of these cookies. But opting out of some of these cookies may affect your browsing experience.
Necessary Always Enabled
Necessary cookies are absolutely essential for the website to function properly. These cookies ensure basic functionalities and security features of the website, anonymously.
Functional
Functional cookies help to perform certain functionalities like sharing the content of the website on social media platforms, collect feedbacks, and other third-party features.
Performance
Performance cookies are used to understand and analyze the key performance indexes of the website which helps in delivering a better user experience for the visitors.
Analytics
Analytical cookies are used to understand how visitors interact with the website. These cookies help provide information on metrics the number of visitors, bounce rate, traffic source, etc.
Advertisement
Advertisement cookies are used to provide visitors with relevant ads and marketing campaigns. These cookies track visitors across websites and collect information to provide customized ads.
Others
Other uncategorized cookies are those that are being analyzed and have not been classified into a category as yet.
SAVE & ACCEPT